The “backup” version of the controller pair of the strophonion together with the hip belt and cable for the ultrasonic distance sensor. Image © Janina Janke, 2014.

"There are two custom live electronics that I developed for the use in my vocal performances, the strophonion and the stimmflieger. Both are gesture-controlled instruments that allow the performer to run audio processes in real time. By applying a variety of manipulation and live sampling techniques, the performer is able to explore the sonic potential of the vocal material during the live performance. Since all applied controllers are connected to the computer by using wireless sensor technology, the vocal performance artist is able to move about freely onstage, thus operating right at the intersection of the application of state-of-the-art electronics, bodily and vocal performance art. This performance practice is what I propose to call voice-induced sound dance."
Alex Nowitz
11 February 2021

Video still from a performance of Untitled featuring voice, strophonion and one chair to be ignored, recorded by Diethild Meier during the duet performance 'Dr. D meets Dr. V' together with dance artist Susanne Martin as part of the Improvisation XChange Festival at the Dock11 Berlin, 2016.
Strophonion
2010 - present time
The strophonion is a digital musical instrument (DMI) ascribed to the instrument group of gesture-controlled live-electronics. During the period of two years from 2010 until the end of 2011, the software and hardware components of the strophonion were developed and built at the STudio for Electro-Instrumental Music (STEIM) in Amsterdam. Currently, Berlin-based musician, instrument designer and programmer Sukandar Kartadinata who, starting in 2015, implemented a new software configuration based on the audio processing software Max is taking care of the further development and the maintenance of the instrument. Providing buttons to either change the instrument's functionality or to trigger and play different pitches, the strophonion also affords various types of sensors to measure movements of hands and arms on a continuous basis, such as 3D accelerometers, ultrasonic distance measurement, pressure sensor and a joy-stick. The data thus obtained is processed and translated into sonic and musical parameters. As a general rule, the connection between the pair of controllers and the computer takes place without using cables, but utilizing wireless technology. The strophonion therefore  allows the performer to move onstage without contraints. However, it needs to be mentioned, a wired version exists as well which, in the context of concert music, ensures precise playability and accurate results, that is, without any latency or other issues caused by transmission problems that are due to numerous wireless systems competing in the area of a performance space.

The world premiere of the strophonion [version 1] took place in 2011 during the Sound Triangle Festival at the LIG Art Hall in Seoul, South Korea. On the 13th of December 2018, after three years of programming and fine-tuning by Sukandar Kartadinata, the premiere of the second software version of the strophonion [v 2] took place during the solo show Moving Tongues: Playing Space, featuring voice, live electronics (strophonion) and video, at the Reaktorhallen in Stockholm, Sweden.

The strophonion's original version with wooden housings for left hand controller (on the left in the image) and right hand controller (right). Image © Frank Baldé, 2011.
The initial R&D team consisted of A.N. (conception), Byungjun Kwon (sensor technology and electronics), Florian Goettke (ergonomics and housings), Frank Baldé (software programming) and Takuro Mizuta Lippit aka DJ Sniff (supervision). Starting in 2010, it took two years to research and develop the sensor and hardware components, to construct the control devices and, last but not least, to test a variety of different instrumental functionalities. Applied until 2018, the first software configuration was based on LiSa (live sampling) and junXion (connectivity) developed and constantly refined until 2016 by the main programmer at STEIM, Frank Baldé. In 2014, drawing on the original shape of the controllers, a backup instrument was improved with regard to the ergonomics and recreated by Italian designer Nicolò Merendino aka Chi-ha-ucciso-Il-Conte? while Berlin-based Sukandar Kartadinata duplicated and assembled the electronic parts. From 2015 through to 2018 Sukandar K. programmed the second version of the software configuration based on Max 7 (audio processing). Since its premiere in Dec. 2018 until the present day he continues to further develop and maintain the instrument with regard to software updates and hardware repair. At the end of September 2022 the strophonion received an update, now running Max 8 on a MacBook Pro with the Apple chip M1 Pro.
The Bird That Did Not Return (2020) for whistler with strophonion (version 2) adresses the dubious custom of hunting birds, still practiced in Mediterranean countries.
For a number of video documentations of early works and performances using the strophonion visit the following site:
A.N., ‘Monsters I Love: On Multivocal Arts‘, in Stockholm University of the Arts (SKH), 3 (2019),
https://www.researchcatalogue.net/view/492687/559938/766/1336.
Eine Raumvermessung, featuring strophonion solo, 2015;
audio recording by Roy Carroll, video recording Oscar Loeser.
To perceive the full range of frequencies, use good, external loudspeakers!
For more information on the strophonion, conceptual structure, design and choreographic ideas visit the following site:
A.N., 'Designing and Playing the Strophonion: Extending vocal art performance using a custom digital music instrument', in econtact! 18.3 — Sonic DIY: Repurposing the Creative Self, Montréal: Canadian Electroacoustic Community (December 2016):
https://econtact.ca/18_3/nowitz_strophonion.html.
Over the period of 13 years (status beginning of 2023), the development of the strophonion was supported by different institutions, first and foremost by the Dutch foundation STEIM (Amsterdam), by the German Ministry for Science, Research and Culture of the Land Brandenburg (MWFK, Potsdam) and the Musikfonds e.V. (Berlin). 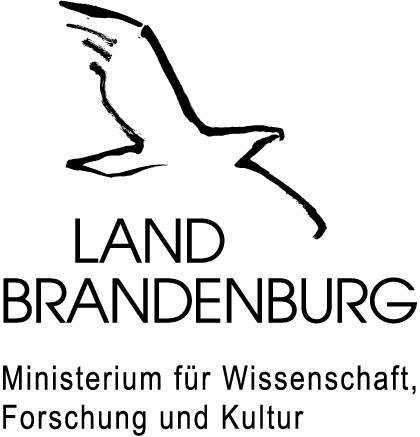 The stimmflieger consisting of two Wii remotes. Image © Frank Baldé, 2009.
Stimmflieger [voice kite]
2007 - 2016
The stimmflieger is a wireless, electronic instrument consisting of two Wii remotes, interface and computer. Based on LiSa and junXion, the applied software configuration was developed in close collaboration with sound artist Daniel Schorno at STEIM, the STudio for Electro-Instrumental Music in Amsterdam. The world premiere of the stimmflieger took place in 2008 during the theatre spectacle Die Stadt [The City] und Der Schnitt [The Cut] directed by Thomas Ostermeier at the Schaubuehne Berlin. In 2009, at the World New Music Days in Gothenburg hosted by the International Society of Contemporary Music, A.N. was awarded the first prize by the European Conference of Promoters for New Music (ECPNM) for performing his composition Minotaurus featuring voice and live electronics, that is to say, the stimmflieger.

To gain insight into the instrument visit the article A.N., 'Voice and Live-Electronics using Remotes as Gestural Controllers (2008)' in eContact! 10.4 — Live-electronics—Improvisation—Interactivity in Electroacoustics,
Montréal: Canadian Electroacoustic Community (October 2008),
https://econtact.ca/10_4/nowitz_voicelive.html.
To listen to the stereo version of the electroacoustic composition Labyrinth, for eight loudspeaker and no light, based on the ECPNM award-winning piece Minotaurus featuring voice and live electronics (stimmflieger), visit:
https://soundcloud.com/alexnowitz/labyrinth.​​​​​​​
list of solo performances using live electronics
home
↑Back to Top

By clicking "Accept" you agree to the use of essential cookies. ACCEPT DECLINE